Project Before & After: Master Bedroom Suite 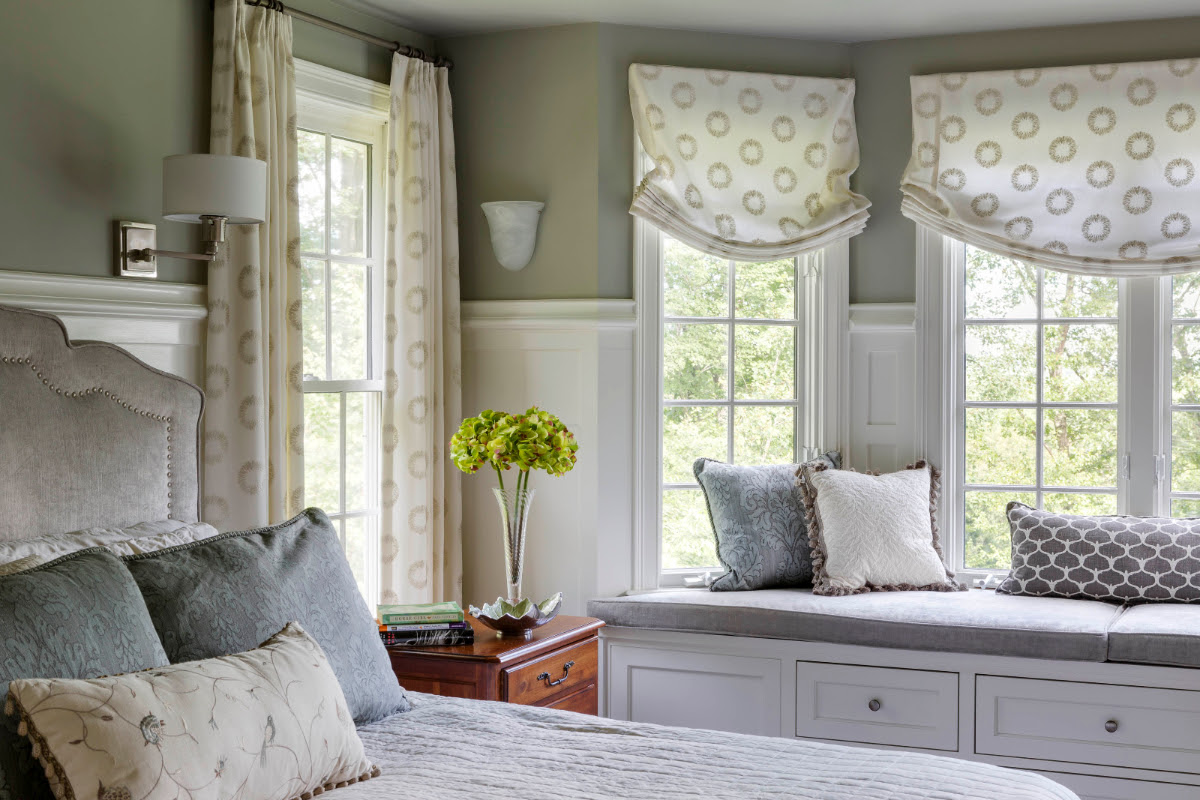 With the long winter, everyone has had plenty of time to look at our indoor spaces and consider where we want to make improvements.  Oftentimes, couples will make a master bedroom/bathroom renovation their last priority as they focus on their more family-oriented rooms. That was certainly true of a Boxford family for whom we recently completed a master suite renovation. Several years ago, we had done an extensive first floor remodel for them, while the master suite was put on the back burner.  Now the homeowner says “Looking back, it should have been one of the first rooms we had redone.” While functional, the original space did not reflect their style nor provide the tranquil place they desired. Working with architectural designer Laine M. Jones, we created a calm and beautiful retreat that received the 2014 PRISM Silver award for Best Bathroom Remodel from the Builders and Remodelers Association of Greater Boston and was recently featured in Northshore Magazine. Bath before (left) and after (right)

“It’s so nice to have such a beautiful space to begin and end your day.  It’s such a calm and tranquil room that we can escape to and I look forward to my shower every day. “ — Homeowner

The original bedroom was stark and cavernous with a high-peaked, plastered cathedral ceiling, simple trim work, and no built-in storage. A soffit was framed around the room to create a paneled, raised ceiling that’s up lit, adding a soft ambiance & intimacy. High wainscoting (60″) was added to provide texture and detail, tempering the plain lines of the walls. Underneath the angled bay window a window seat with built-in drawers was added to create a cozy sitting area and functional storage space. A combination entertainment center and armoire were built-into the corner across from the bed. The built-ins maximize space and eliminate the need for bureaus in the bedroom, giving the space a clean, crisp, light feel. The original bathroom was dated with a large corner Jacuzzi tub that took up too much space, while the shower was small and dark. A toilet was crammed into the corner of the room. A dormer was added off the back of the bathroom to allow for a dramatic barrel ceiling in natural cedar. The original double window was replaced with a tall Palladian window, flooding the room with light and offering expansive views to the backyard below. An arched, cased opening between the bathroom and bedroom mimics the shape of the window and follows the line of the barrel ceiling. The barrel ceiling and palladian window create a central axis for the bathroom, while the shower and a separate toilet area on either side of the new tub settle in under the soffits. Both the steam shower and the toilet area are partitioned in glass (commode is frosted glass) to allow natural light from the large window. The steam shower has multiple shower heads and body jets. Vertical wood paneling on tub deck complements the staves of the barrel ceiling. Vanity Before (left) and after (right)

The result? An award winning master suite that provides a welcoming and soothing retreat for the homeowners!